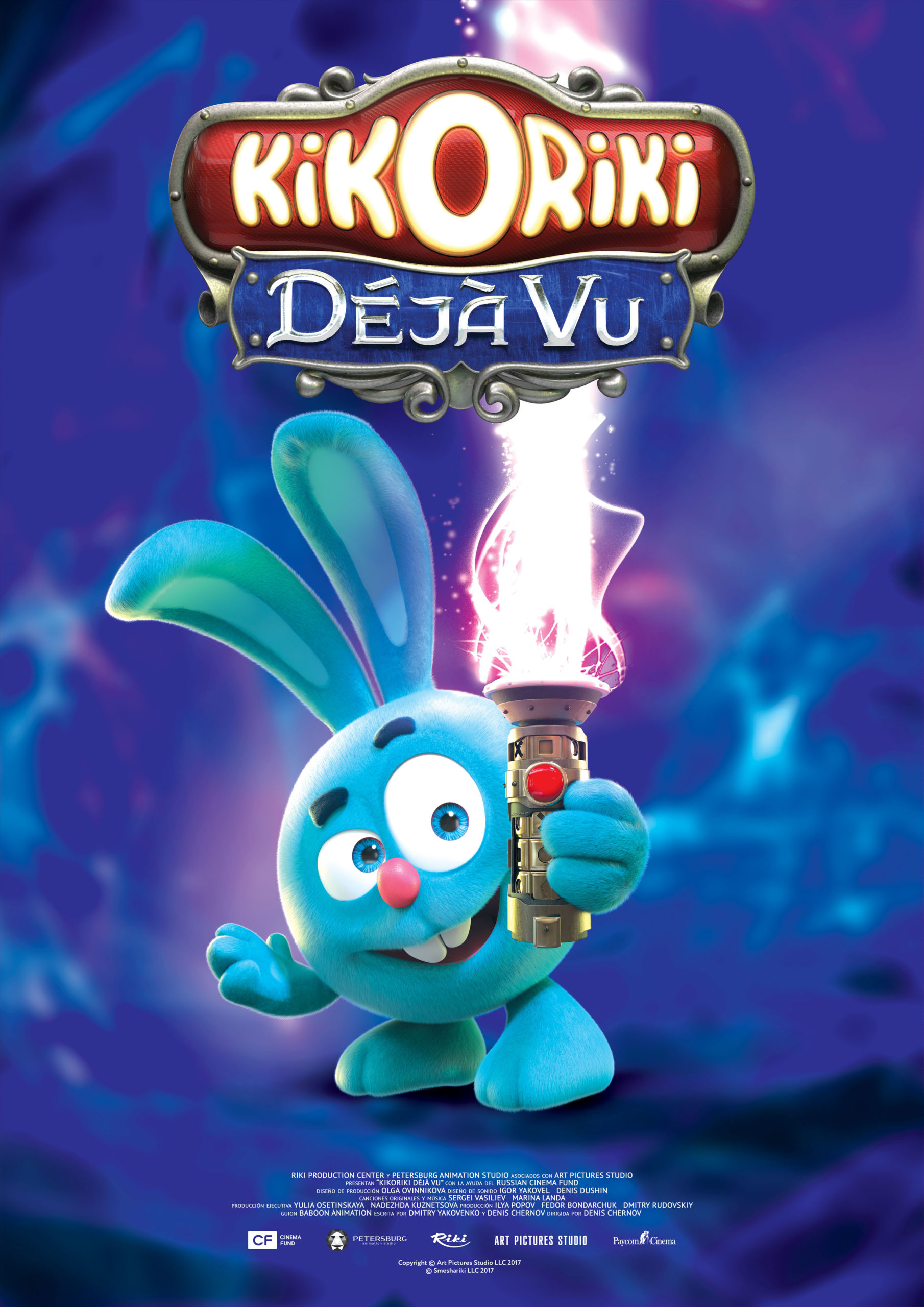 Krash decides to throw his best buddy Barry an unforgettable birthday party. He contacts the Deja Vu Agency, which organises exciting time travel adventures. A cataclysmic accident occurs after the Kikoriki crew fail to follow the rules and scatters the group across time. From the Kikoriki’s safe and peaceful valley, our heroes are transported to various bygone epochs: the Mesozoic Age, inhabited by dinosaurs; the Middle Ages, with its knights tournaments and beautiful ladies; Ancient China with its culture and legends; and the Wild West, with its crooked cowboys. In each epoch, the Kikoriki are forced to take on the social roles imposed by the society of the time: Barry becomes a knight; the self-confident scholarly Dokko turns into rightless riding horse; Olga adopts the role of a geisha dancer; Chico and Wally take up the life of itinerant musicians. Krash himself ends up into the Mesozoic Age. There, Krash bumps into a temporal paradox – Shark, an older version of Krash. A boring grouch, Shark becomes Krash’s sole partner on the mission to rescue his friends. 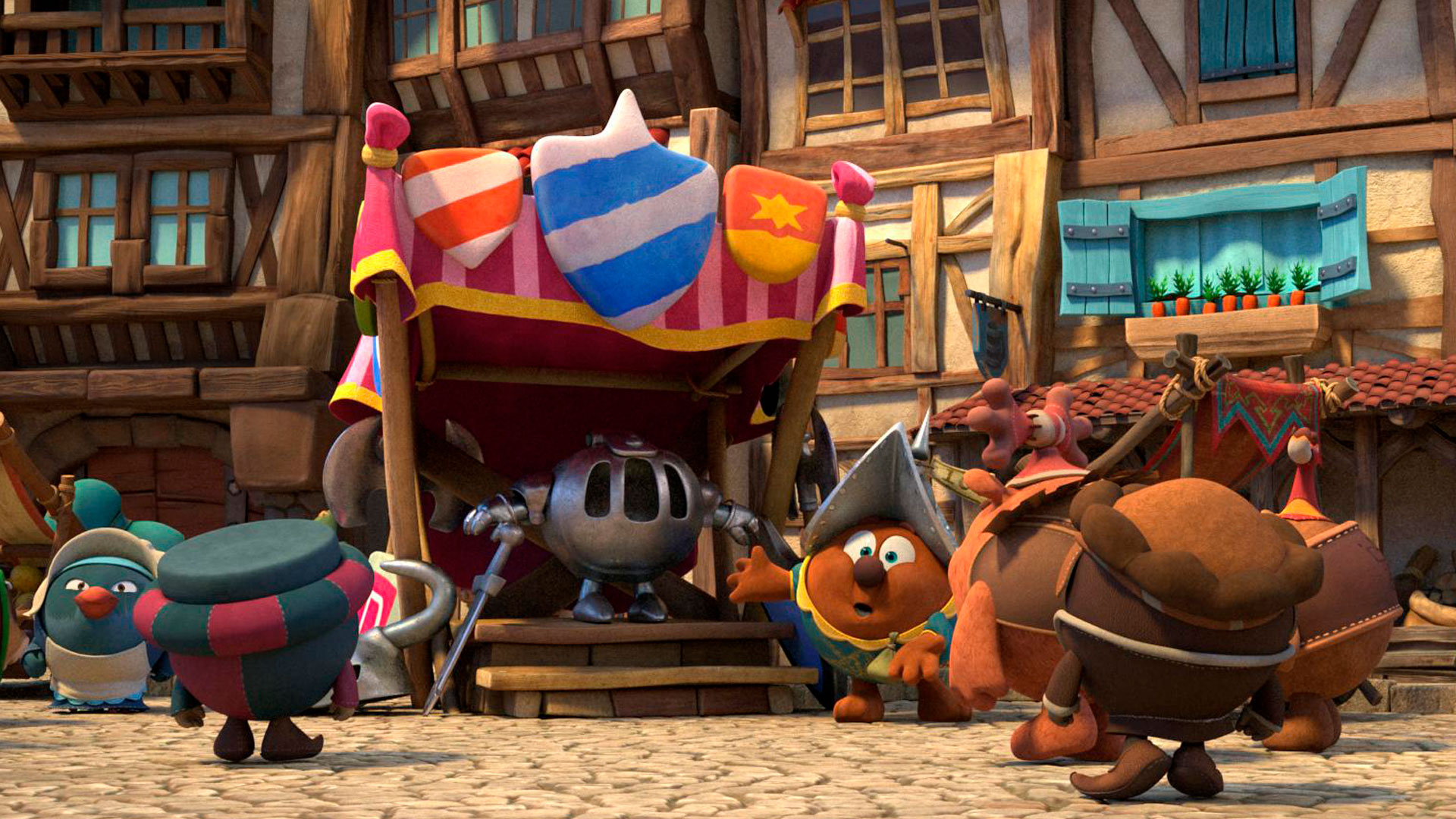 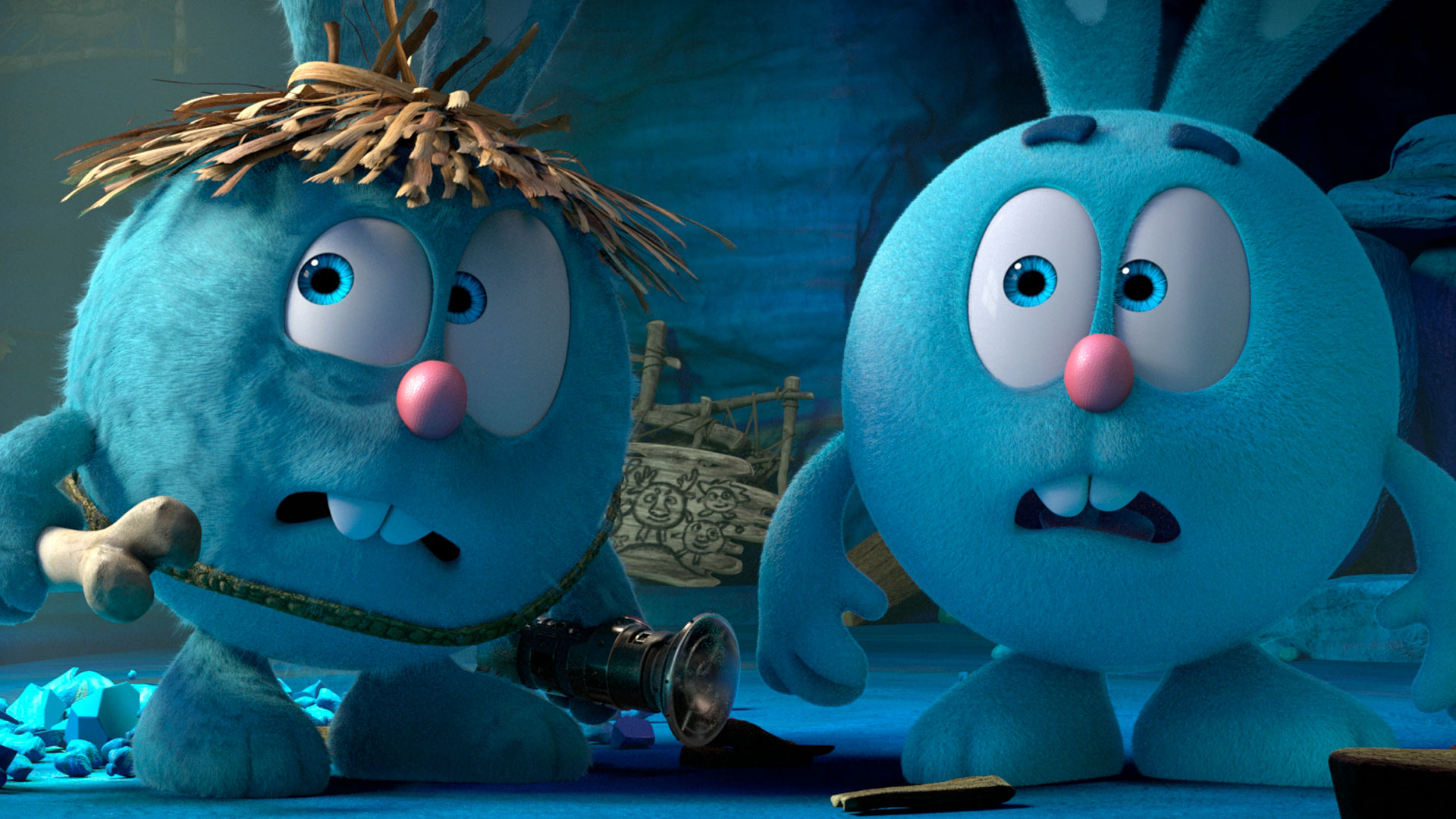 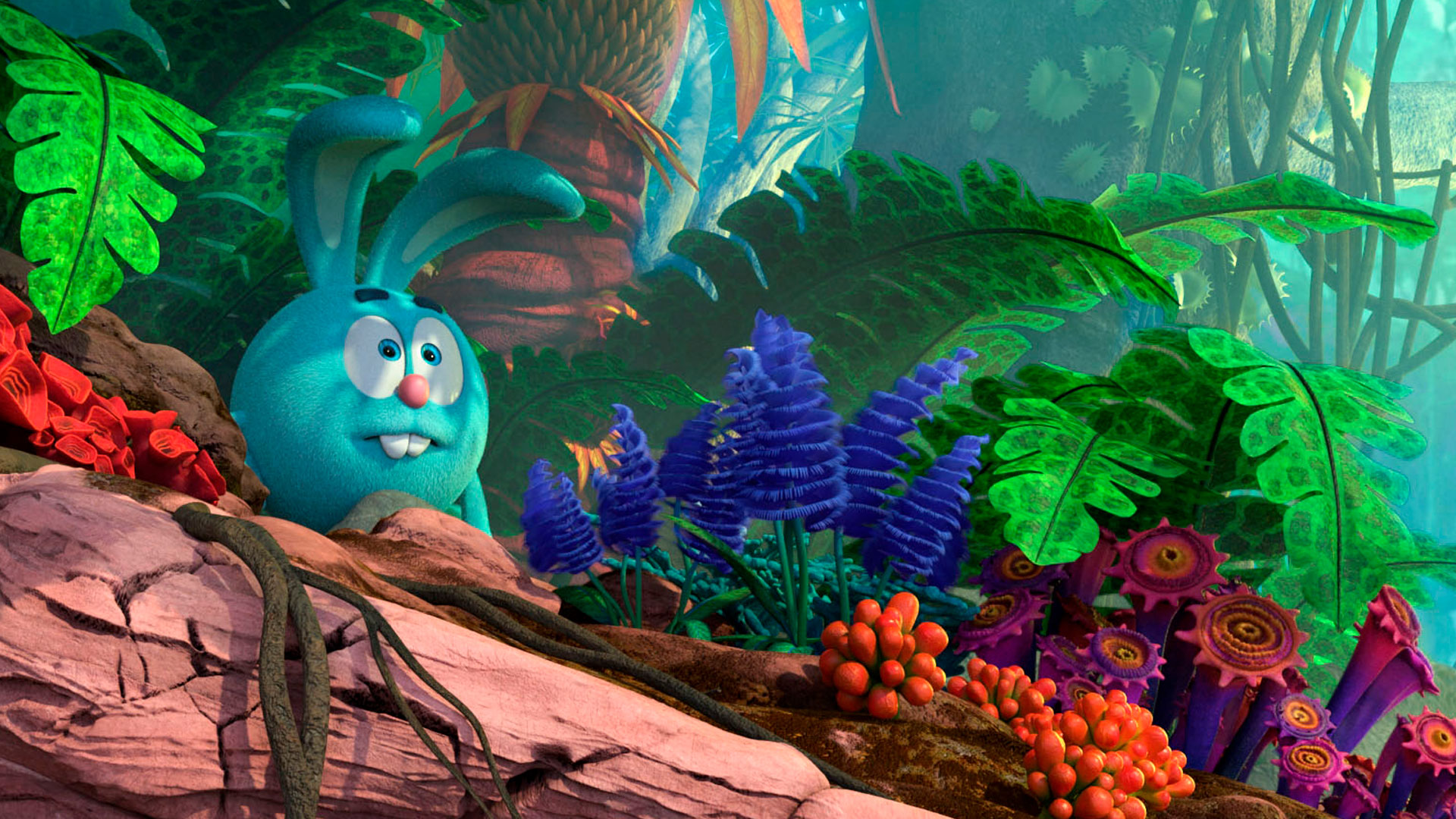 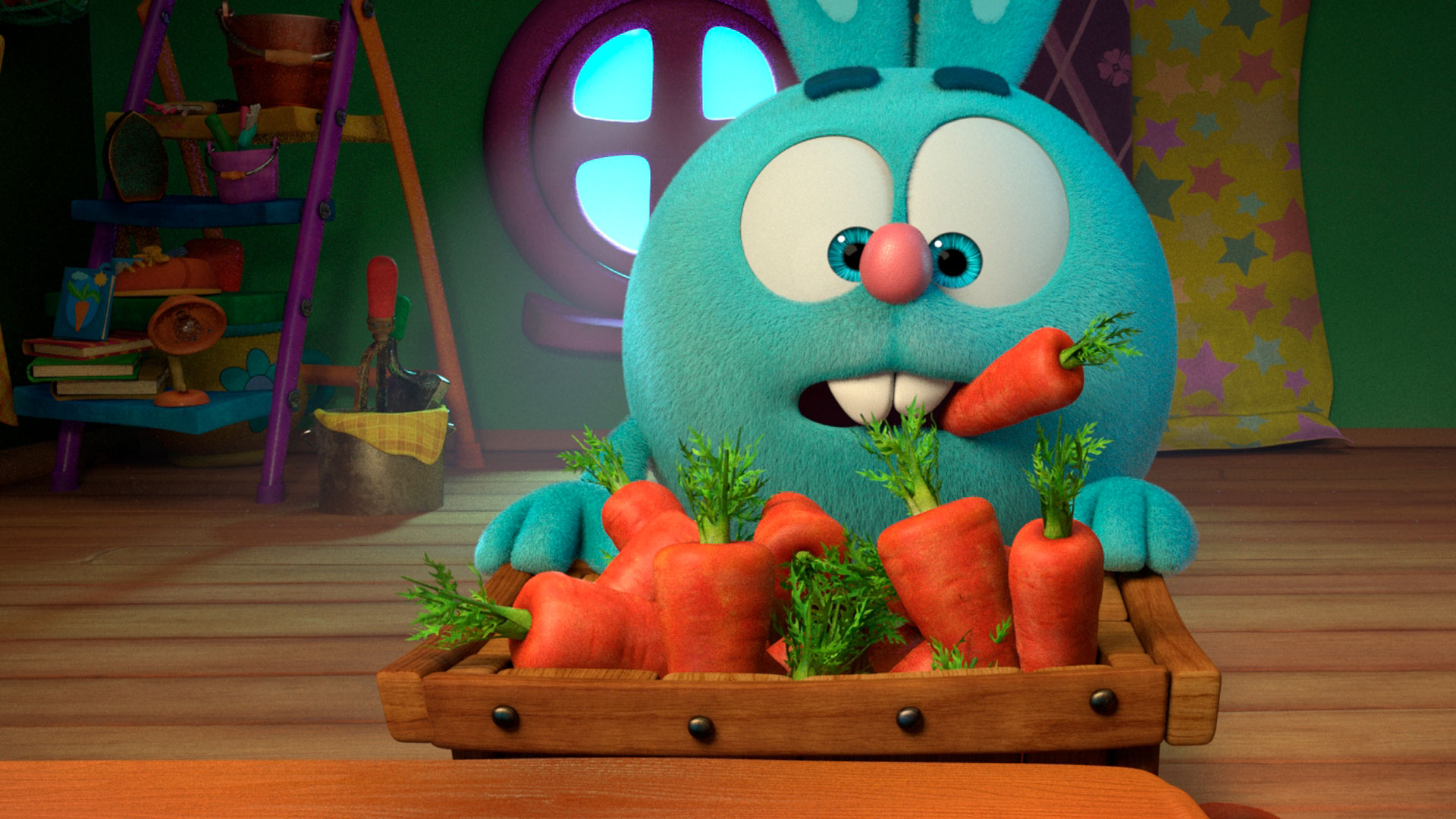 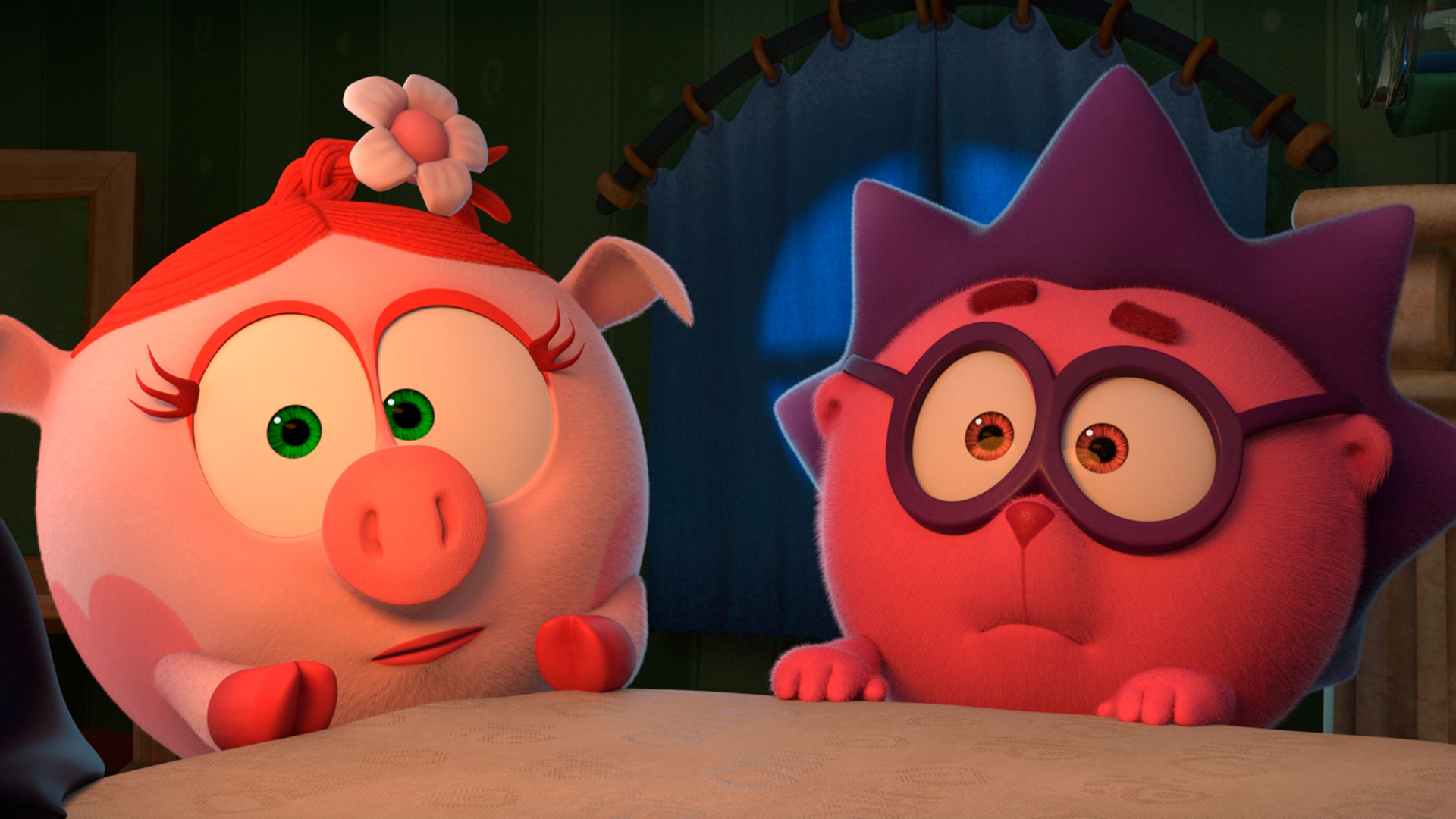 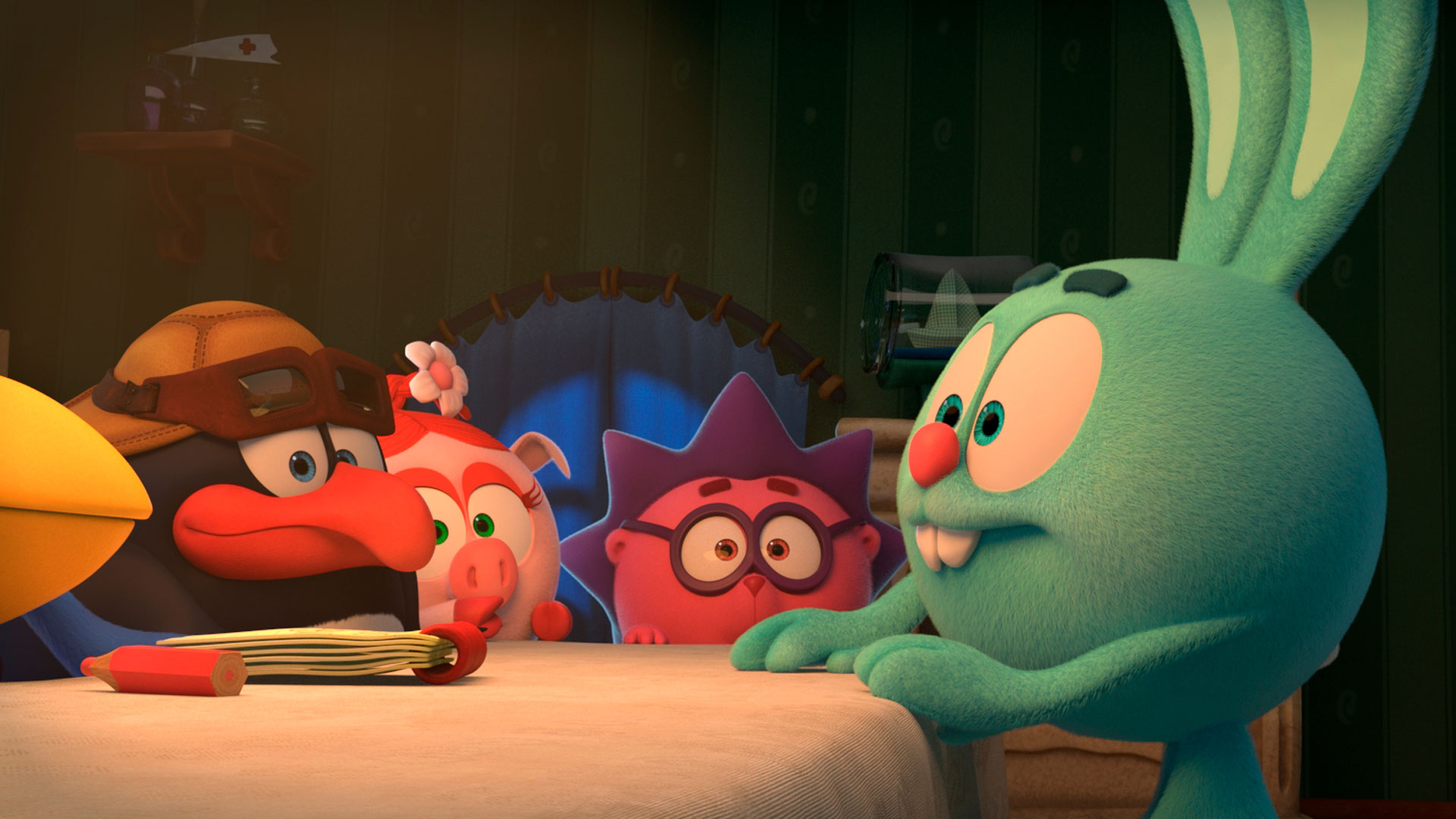 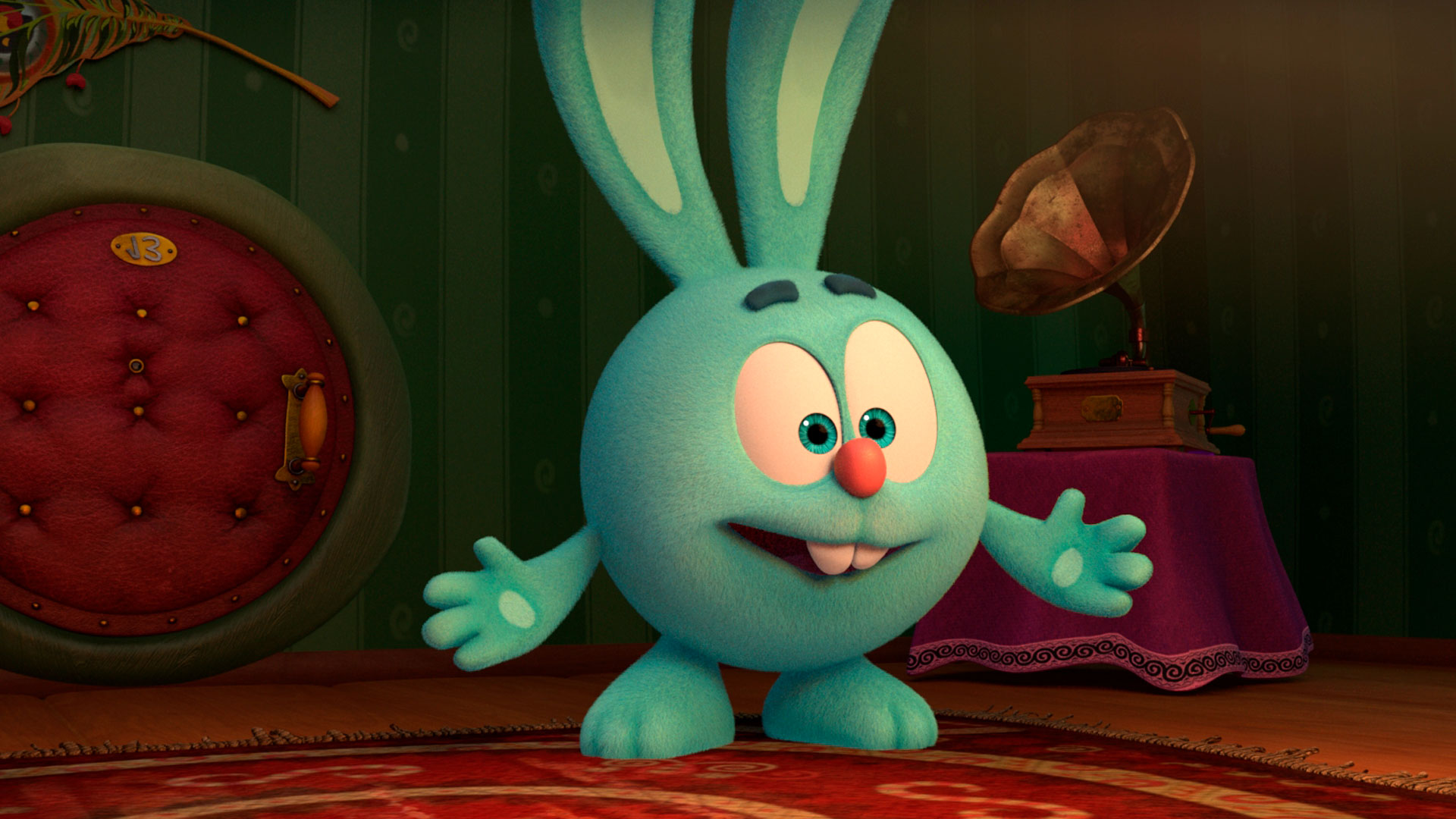 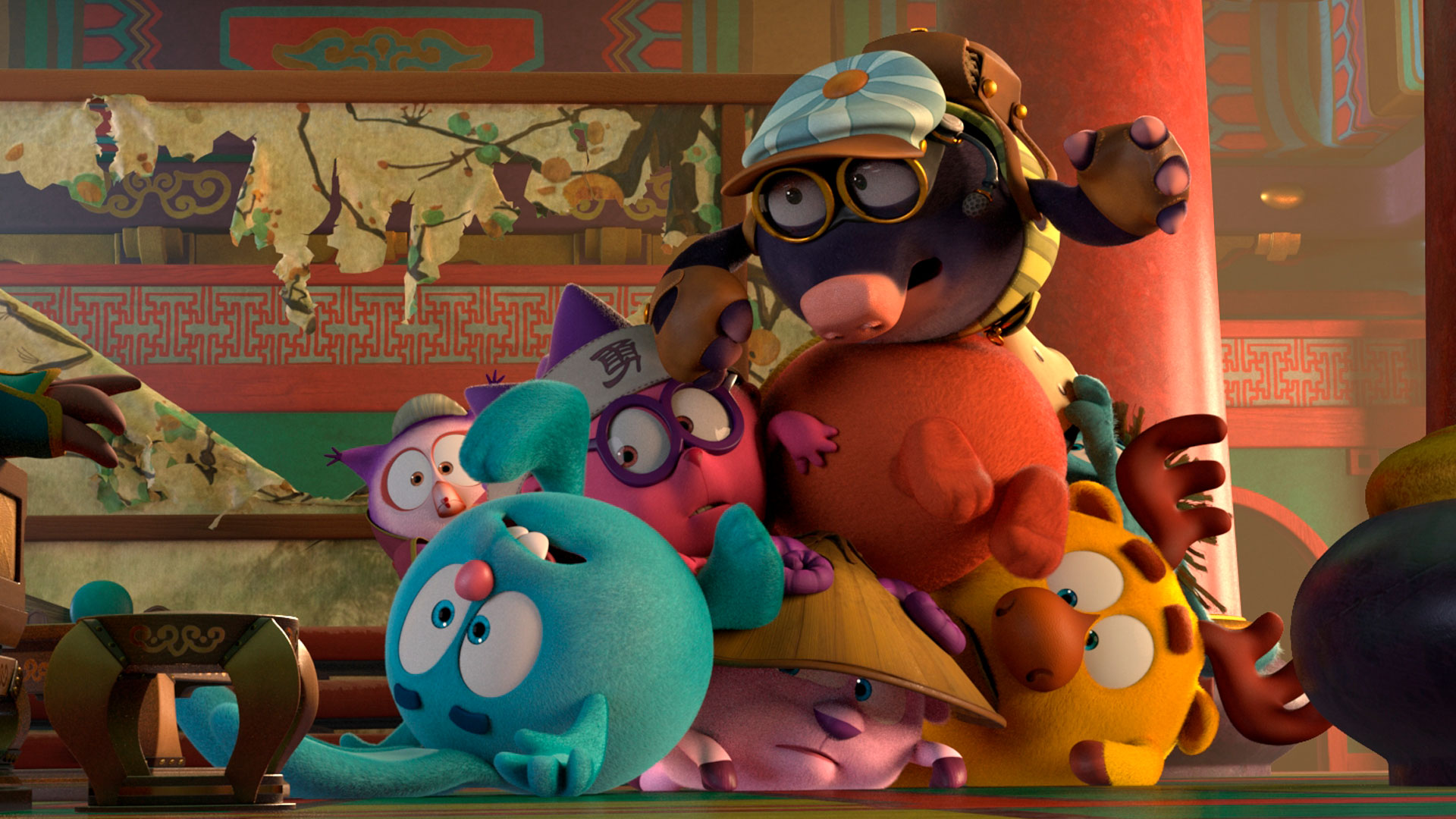 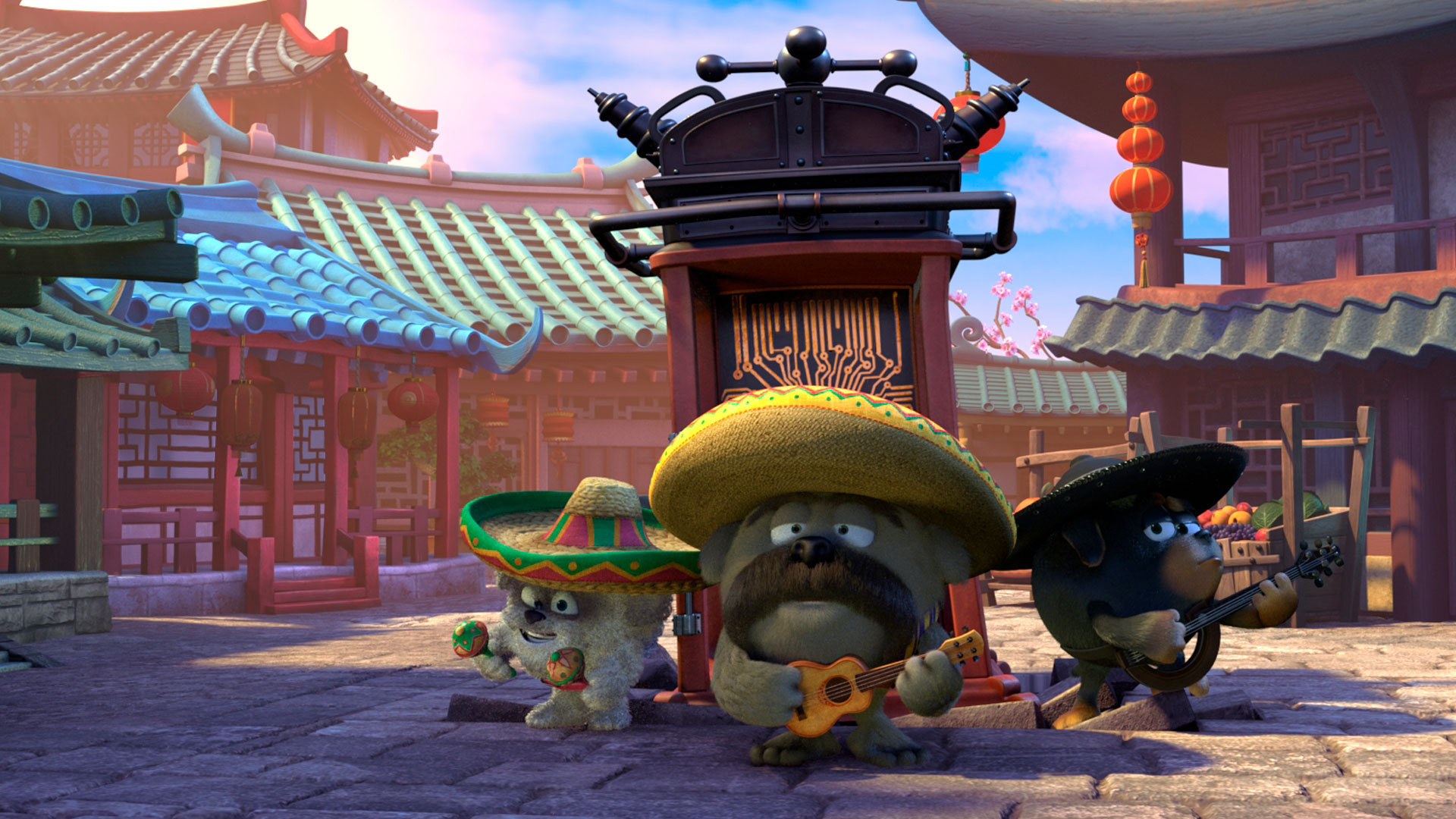 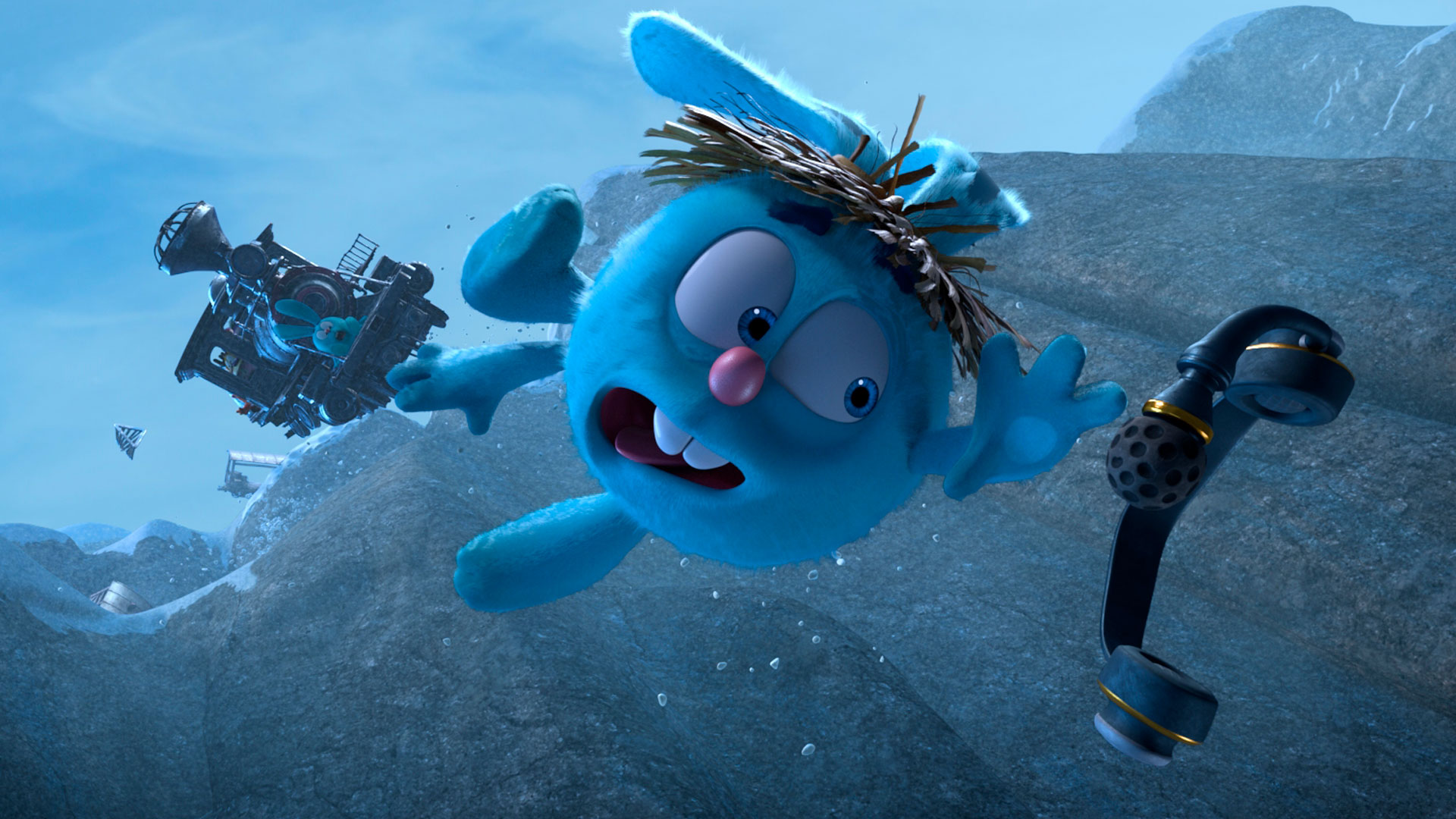