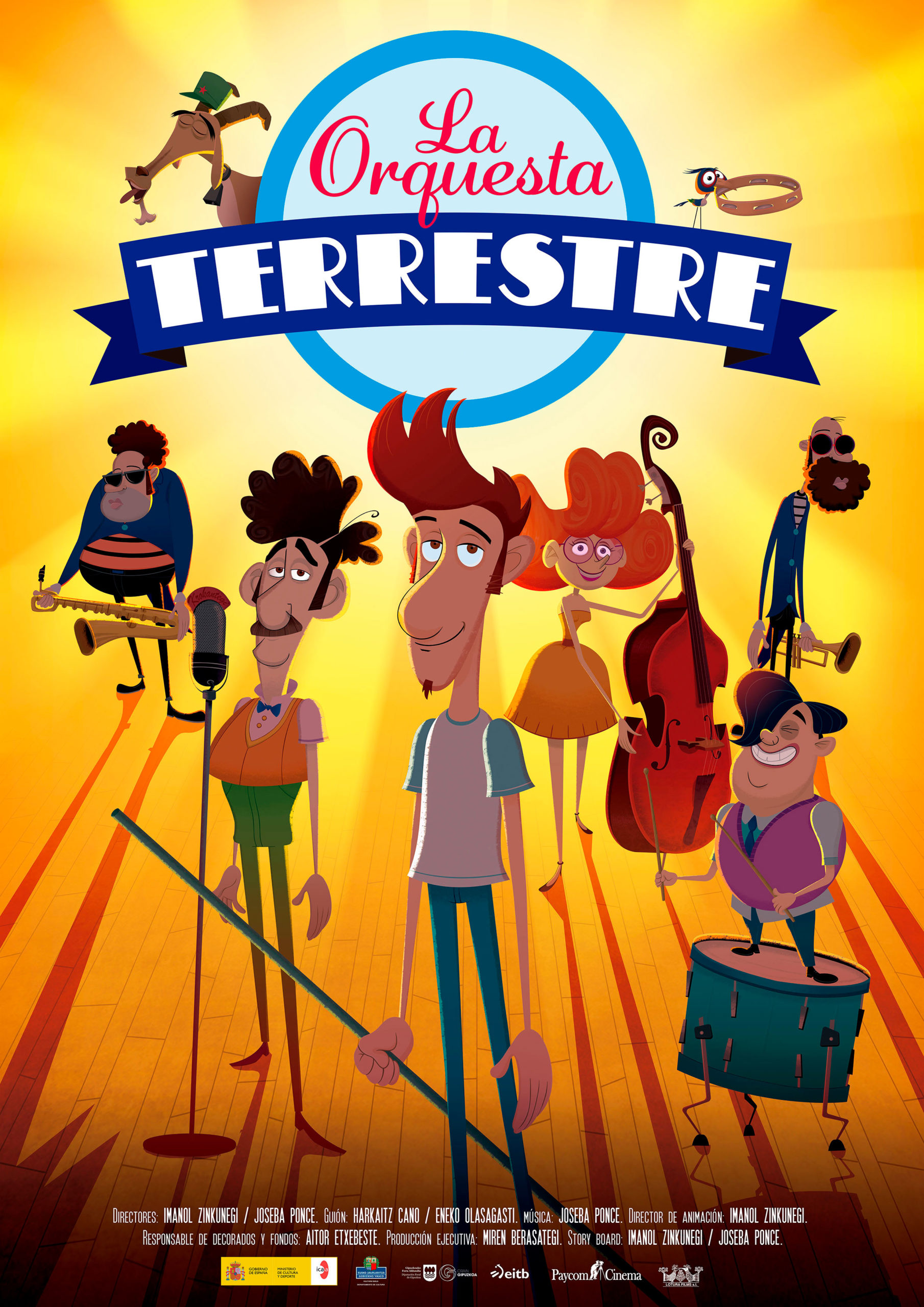 Manu fell in love with the pianist Stella Panini when he was a child and it’s been his dream to meet her ever since. To achieve his dream he follows the advice of Stefano Salegi, a shady character who becomes his manager and forms a band. But, not just an energetic dreamer, Manu is an outsider with problems finding his place in society. That’s clear by the instrument he’s chosen – none other than the broom – that he uses to make music and carry the rhythm. That won’t keep him from starting a band completely sui generis that breaks all the clichés. The members include a violinist who might stop playing at any moment because of his itchy armpit, the twin trumpet players rescued from the circus who have an extraordinary sense of smell, a bearded counter-tenor and a percussionist who plays a triangle that a finch uses as a perch. They’ve also got a goat like the ones used by nomadic gypsies along with them who has an uncanny ability to climb up the end of the portable stage. 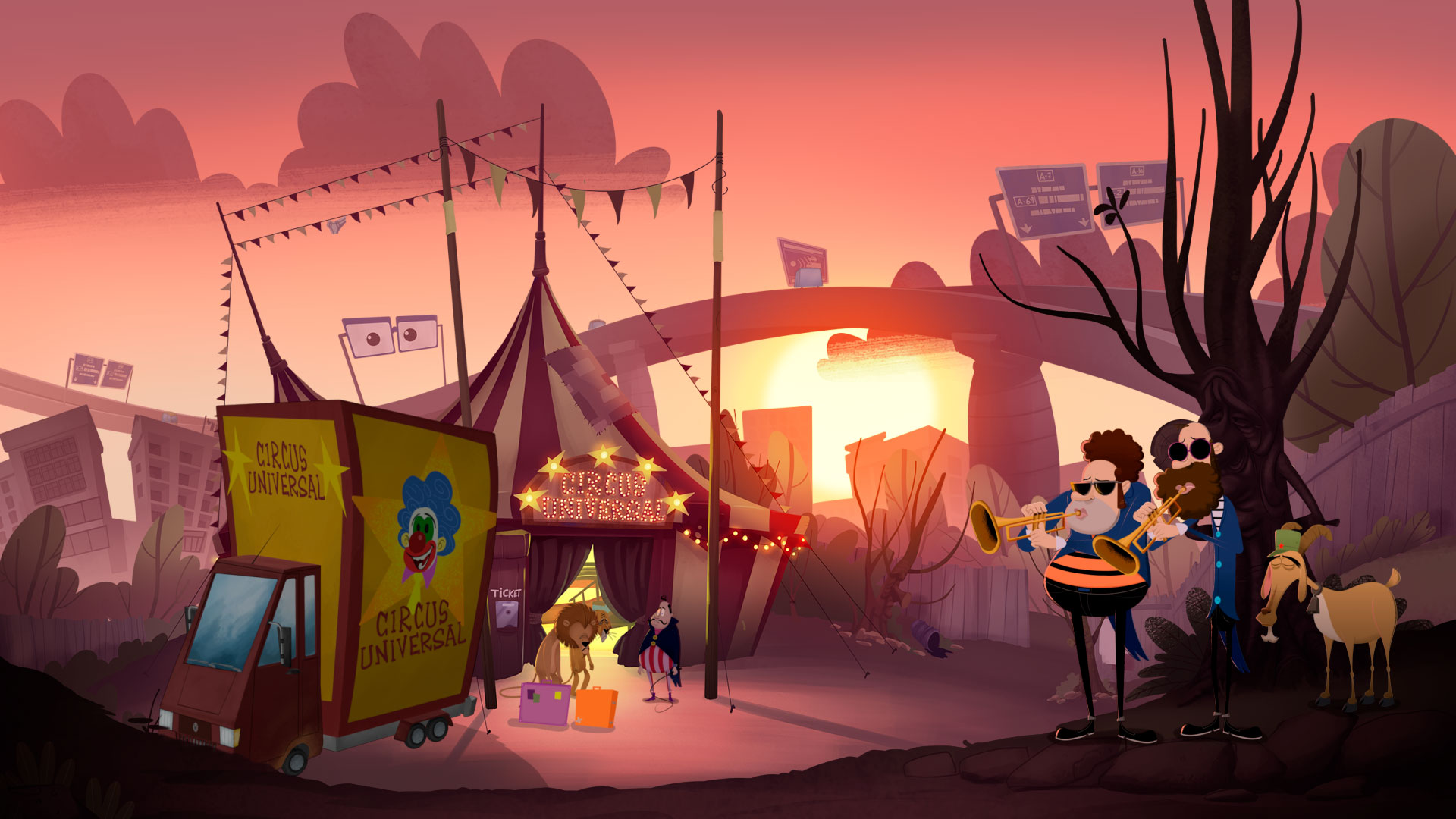 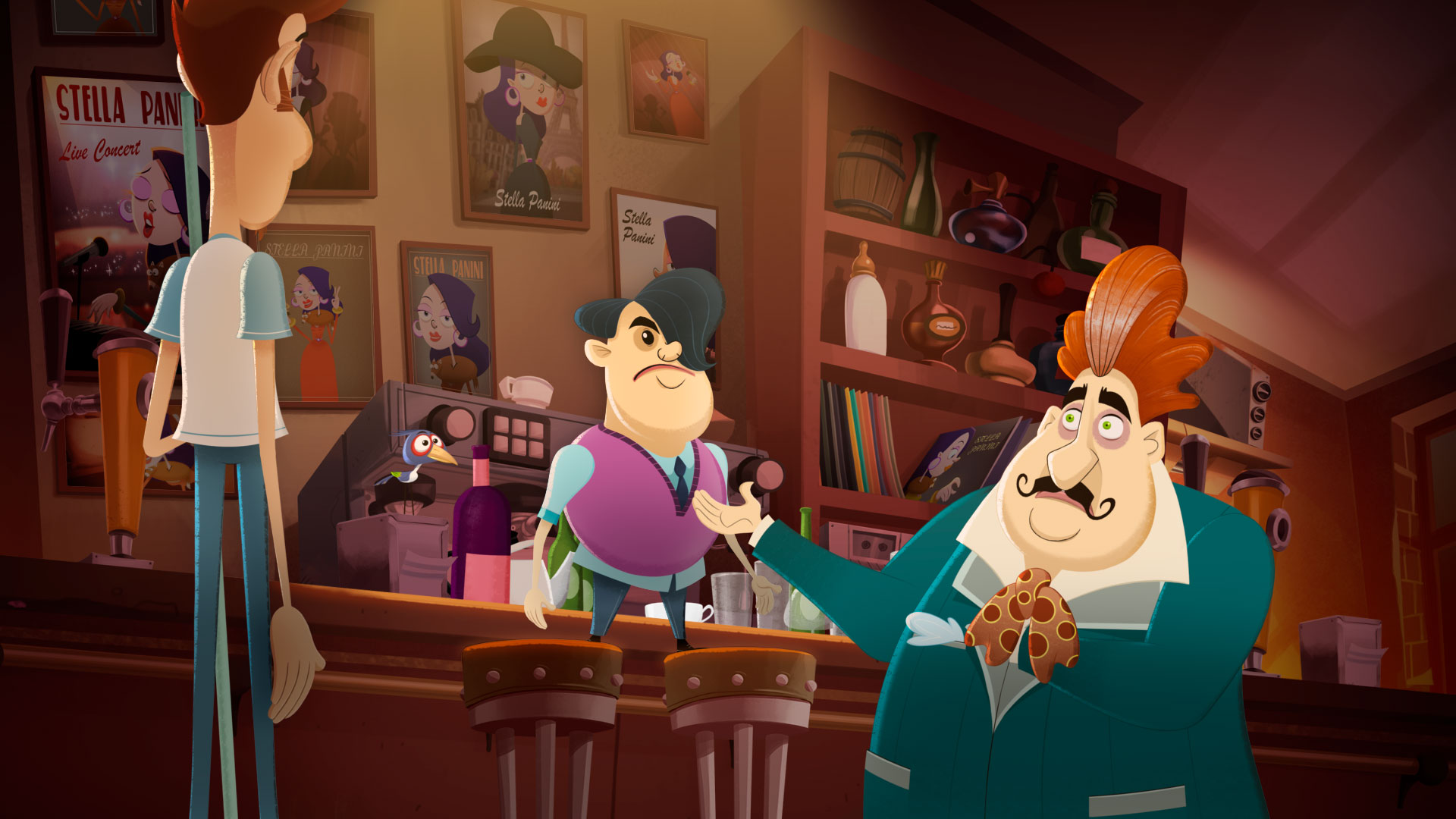 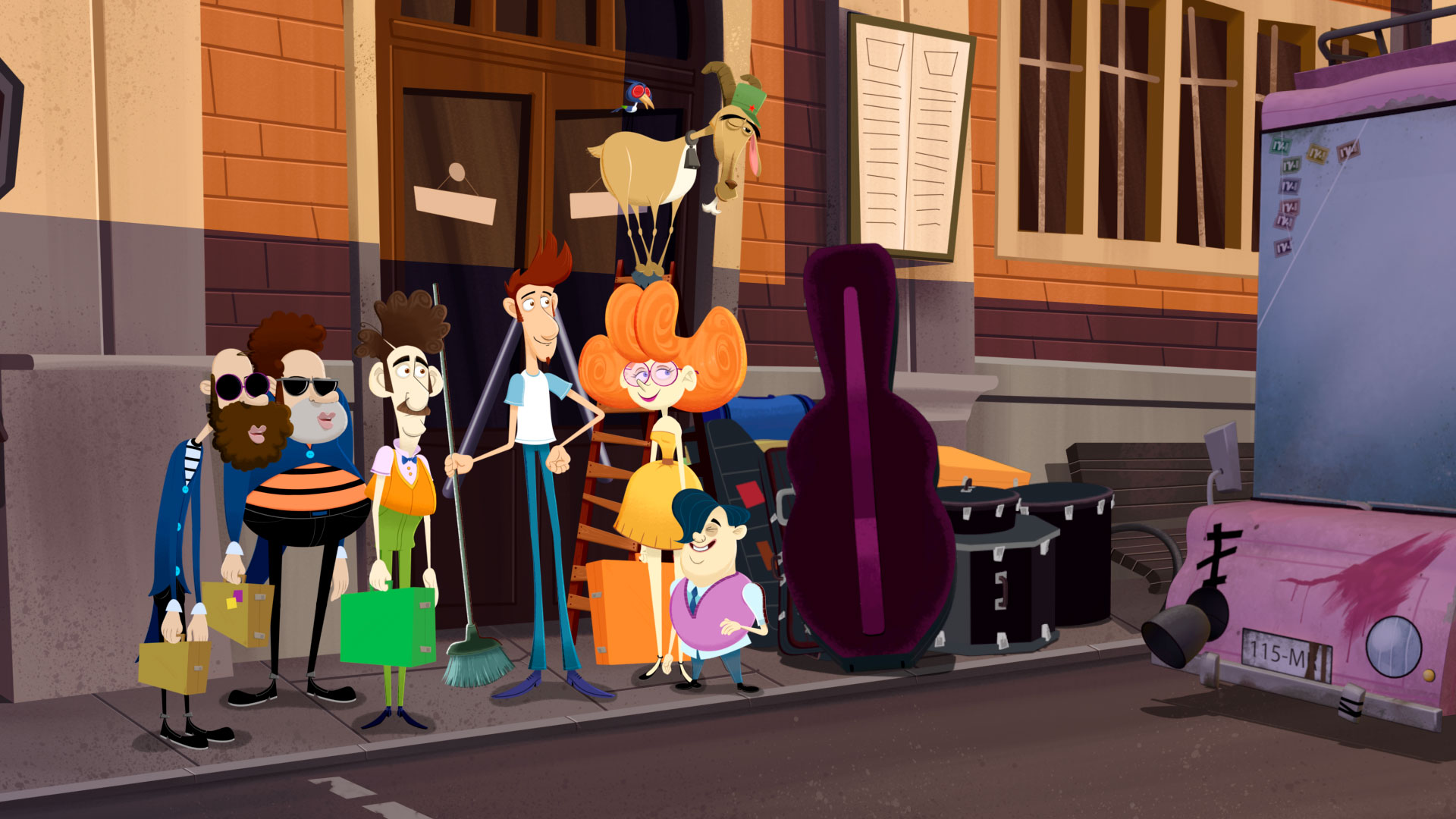 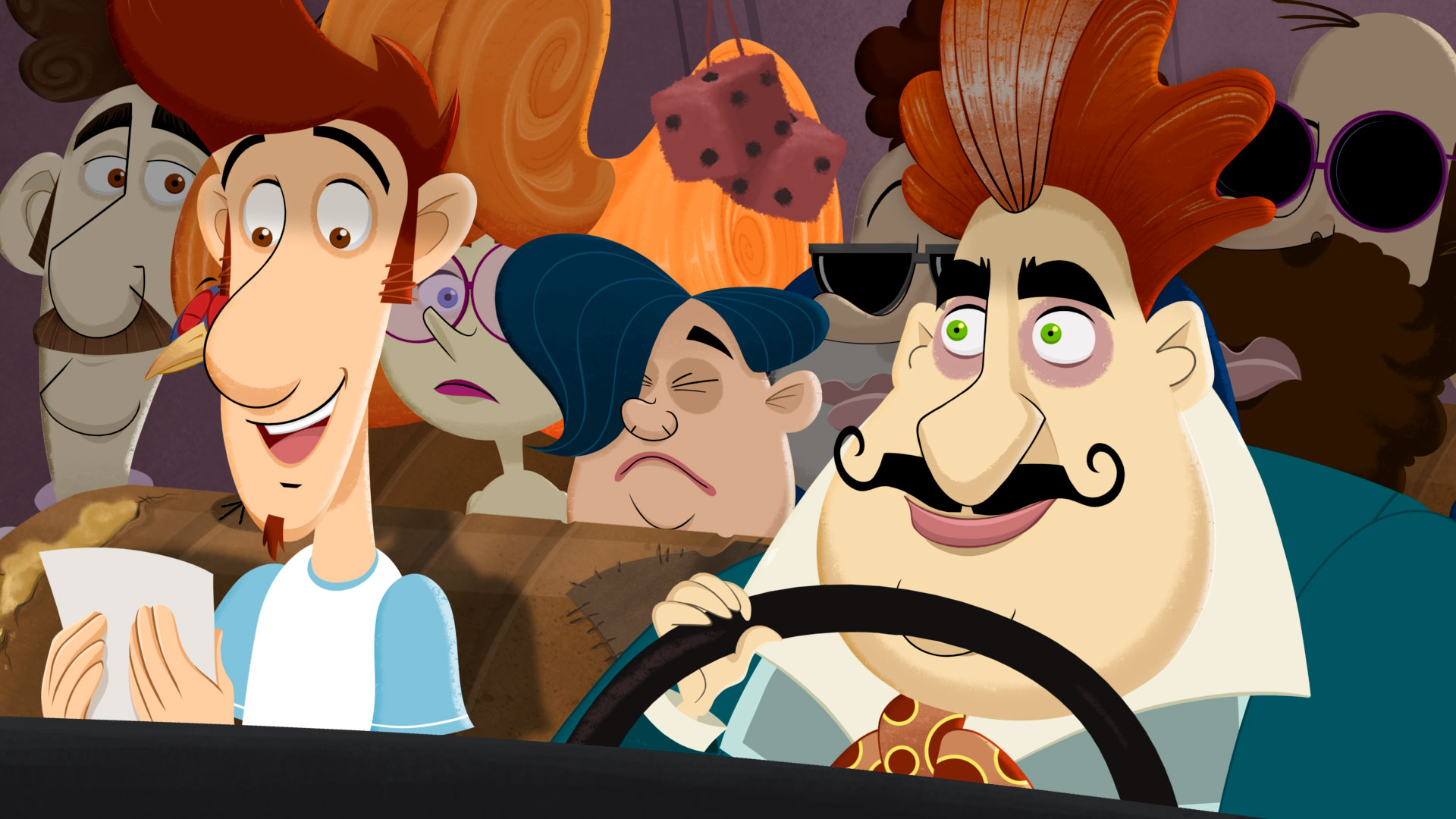 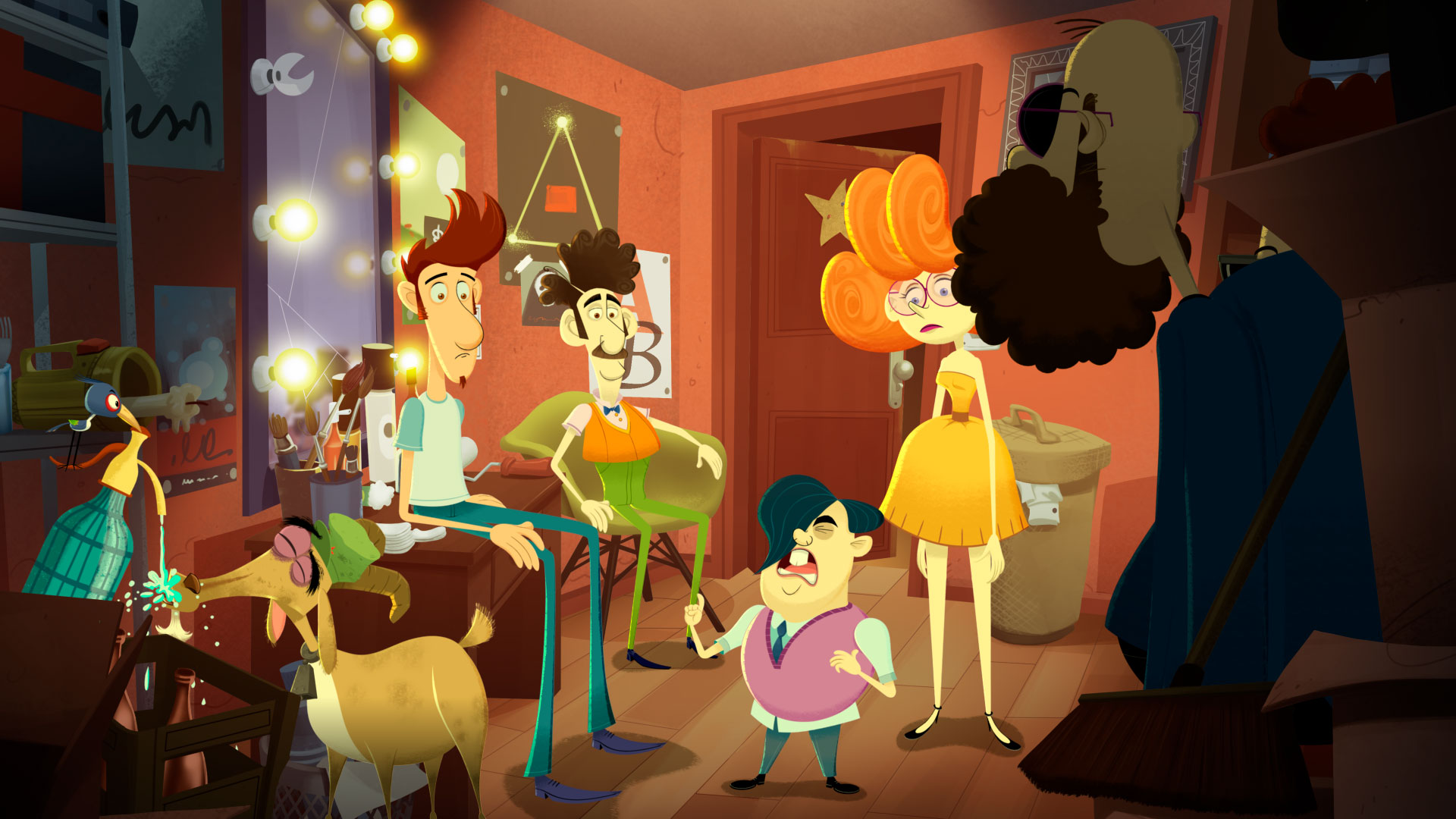 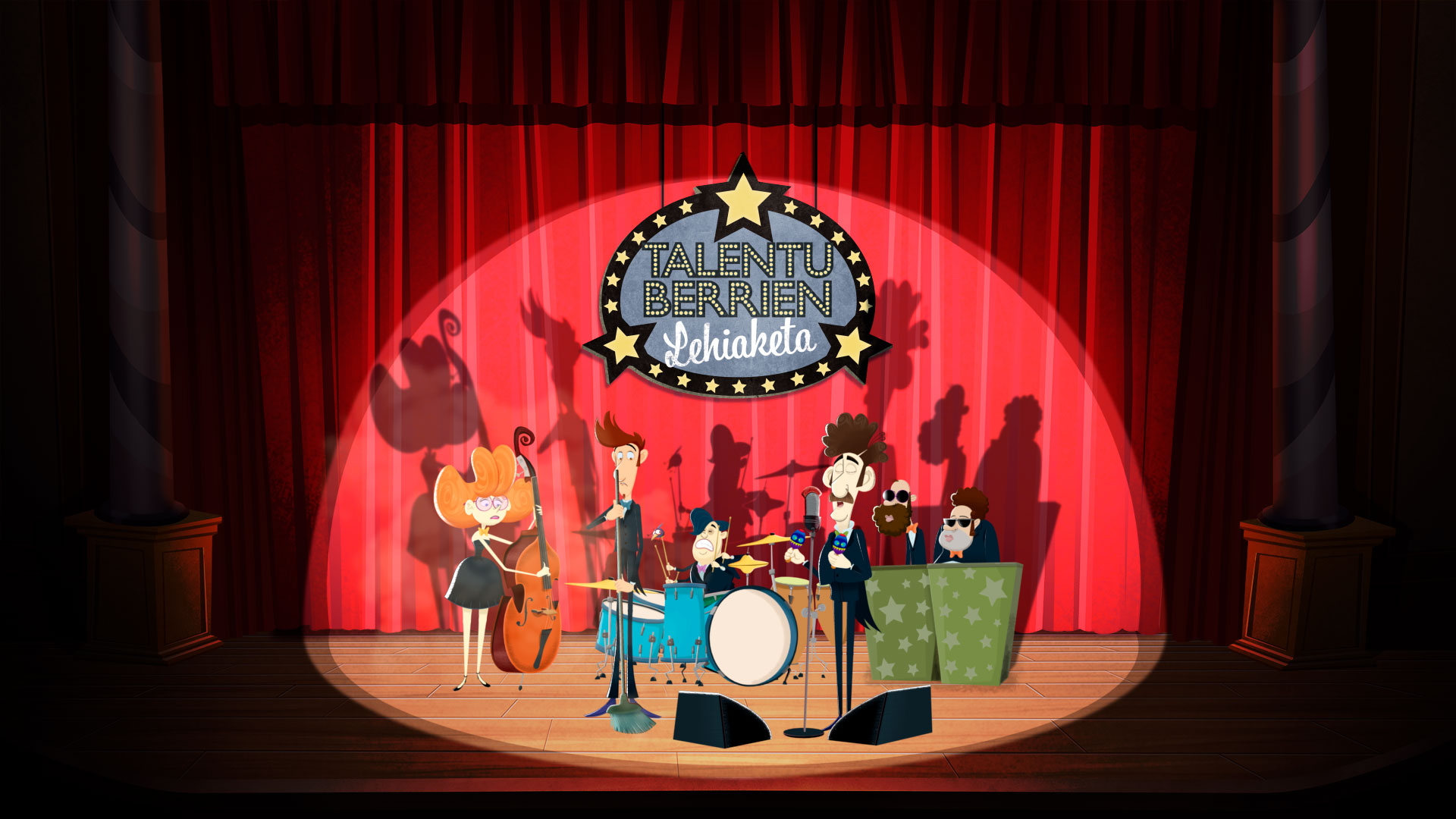 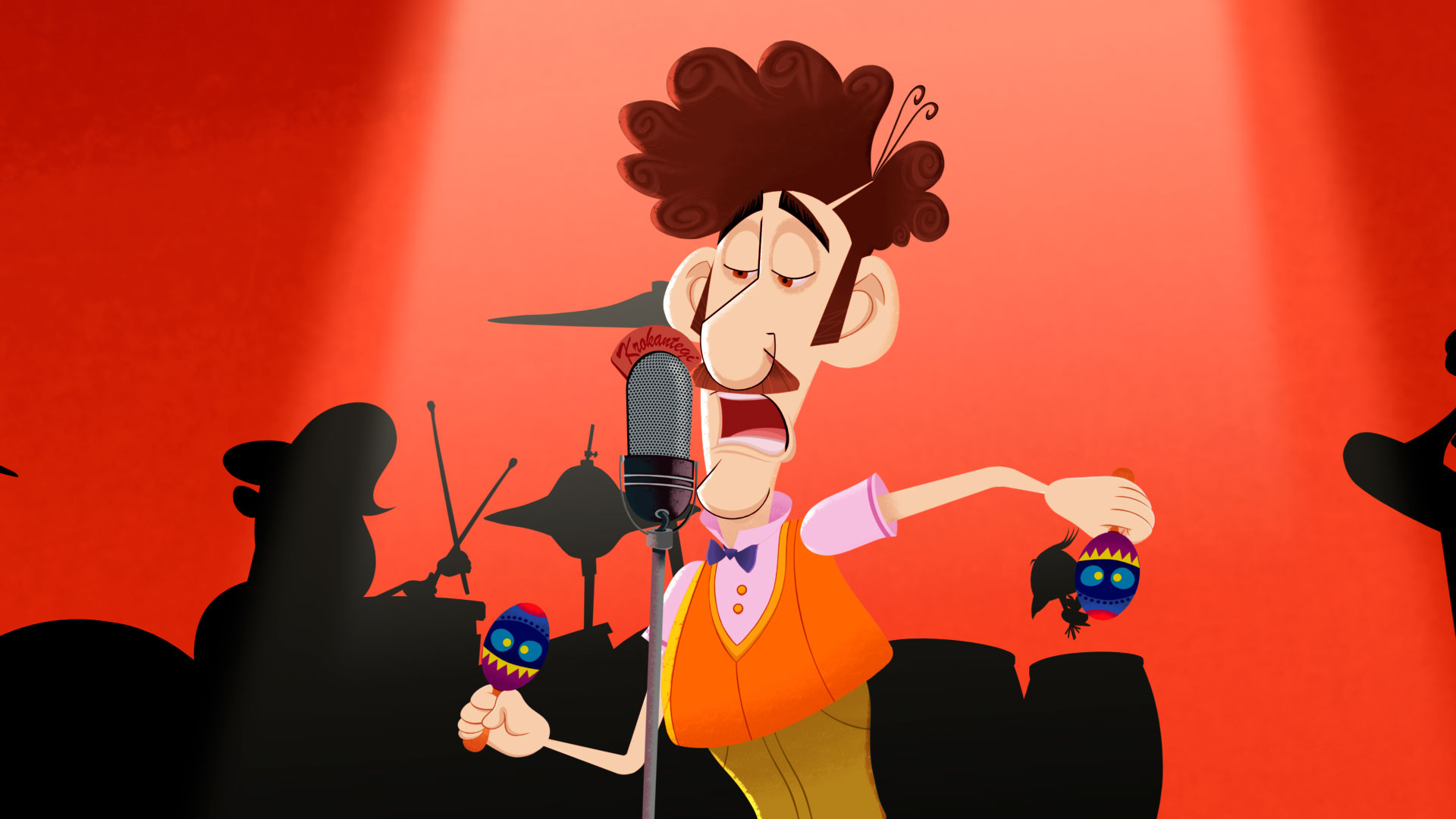 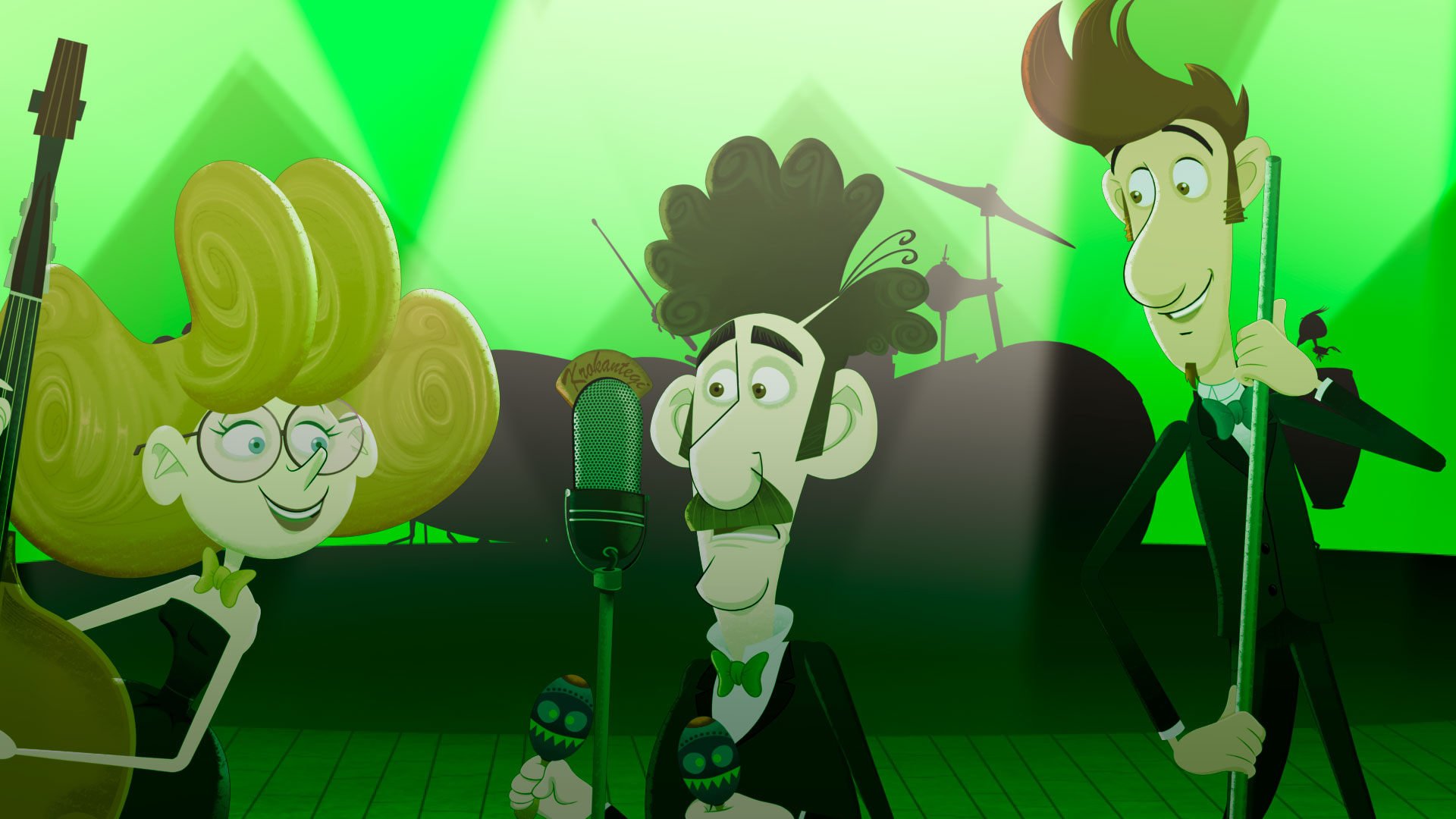 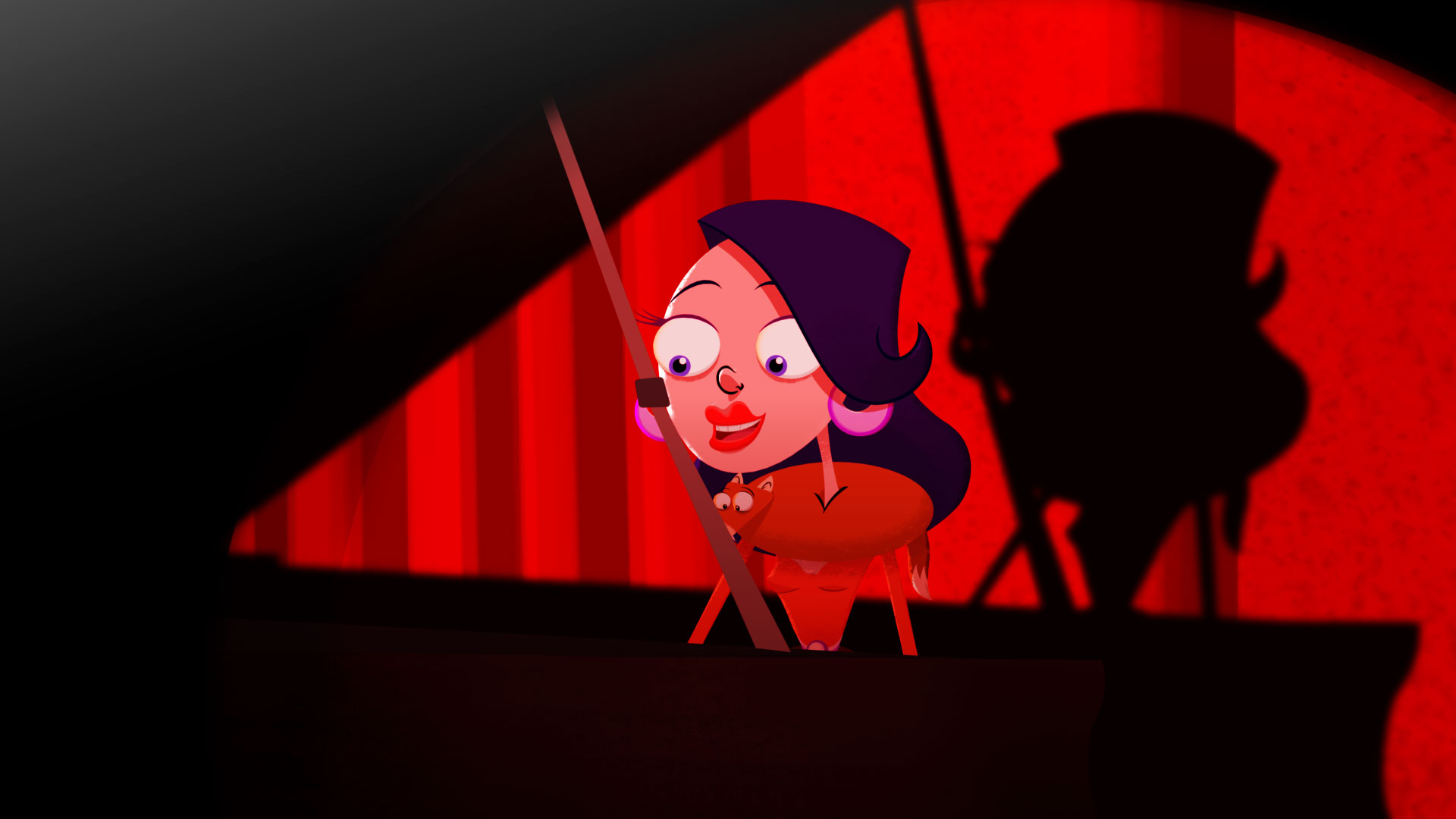 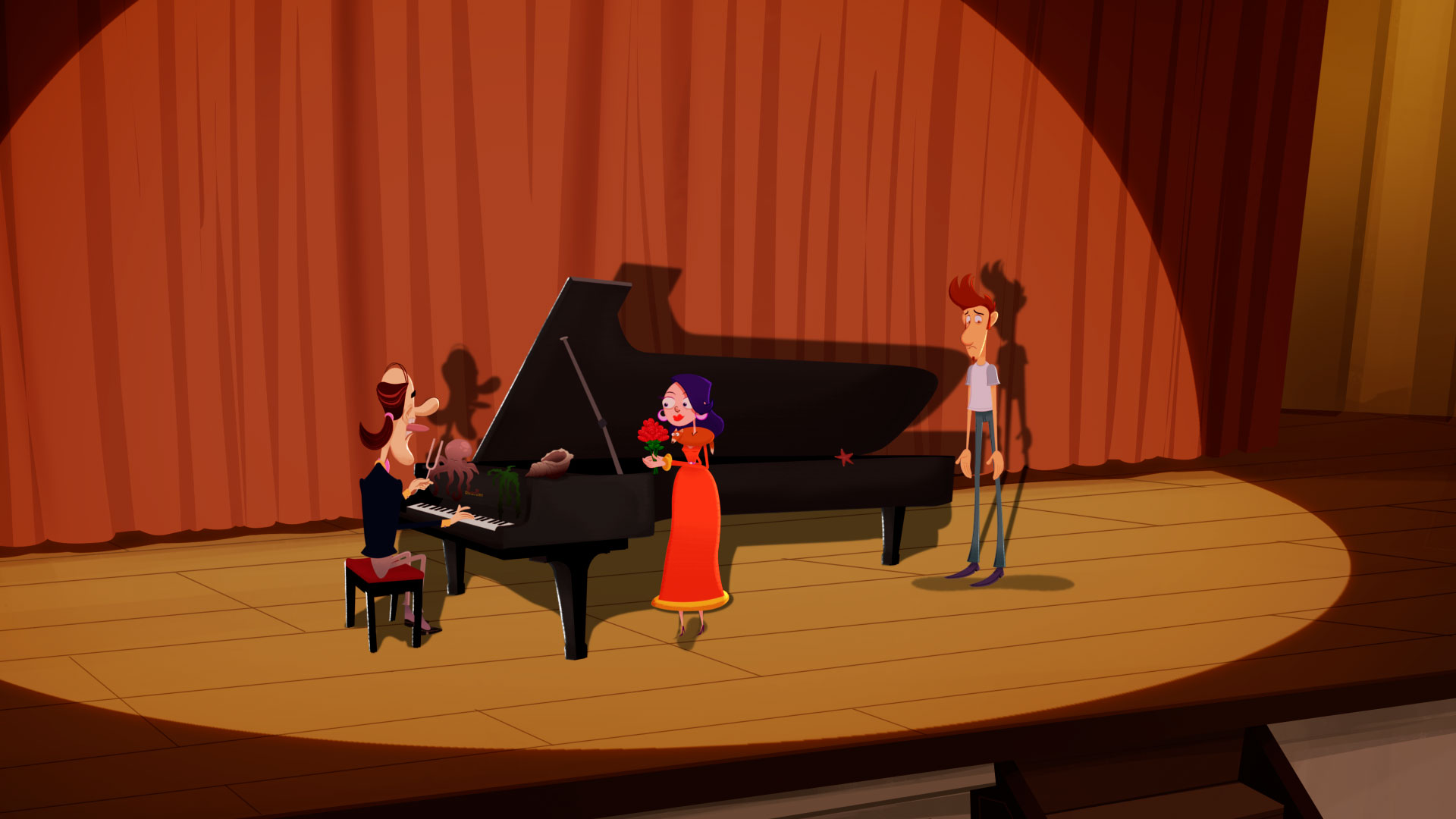